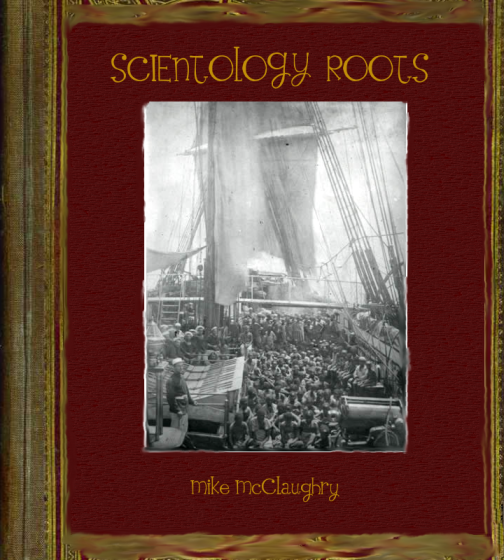 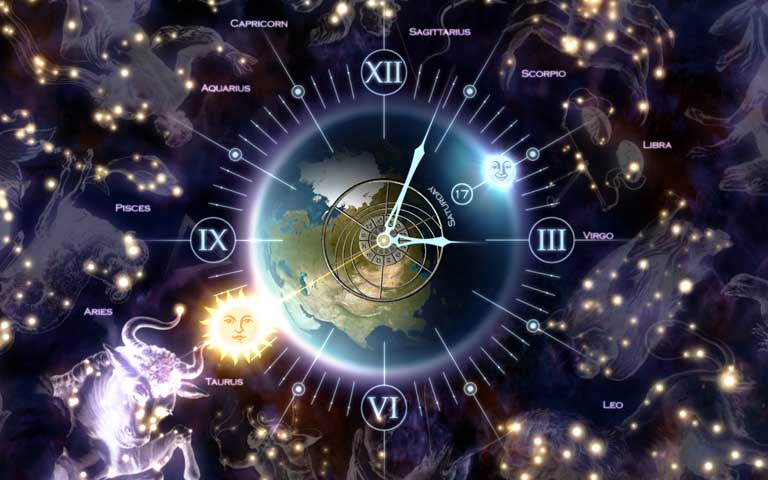 There is quite a bit of archaeological evidence of skilled technologies being employed around the planet, during times when humans were supposed to be lurking in caves and wearing furs or something.

A certain group of Beings openly and freely handed out the correct knowledge about existence to humans in ancient times. These Beings happen to live unlimited, meaning they continually use all of the abilities of a Being as their usual method of living. The data handed out was on different subjects, including advanced masonry (stone work), advanced astronomy, metal working, writing, martial arts, Being abilities, etc.

The correct knowledge about existence had nothing to do with any religion, then or now.

Massive stones were used to build a platform at Baalbek, Lebanon. Much later in time the Romans built a temple on top of the platform, in 27 BC. 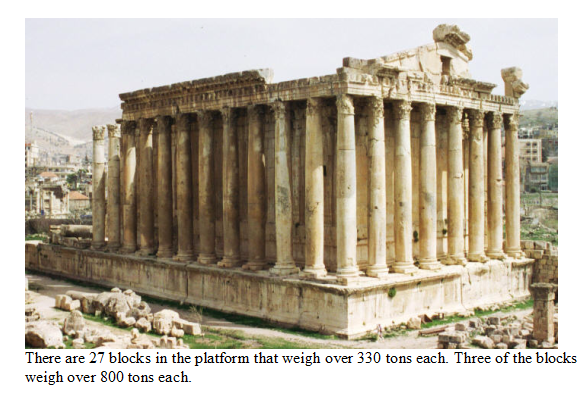 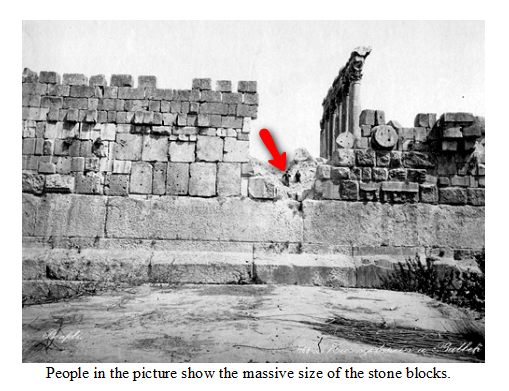 The Sphinx and several large pyramids were built at Giza, Egypt.

The interior of the largest pyramid contains passages and rooms.

Easter Island lies 2,000 miles off the coast of Chile.

Easter Island has 250 stone statues that line the coast. They were brought there from a quarry 12 miles away. Some are as high as 33 feet and weigh 82 tons. Abandoned in quarries or along roads are another 637 statues, some 65 feet tall and weighing 270 tons.

The stone is so hard that repeated hammering on it with a steel chisel hardly scratches it. The Easter Island natives had no means for chiseling these rocks, nor for moving them.

The legend of the natives says that flying people came there amidst fire in ancient times. 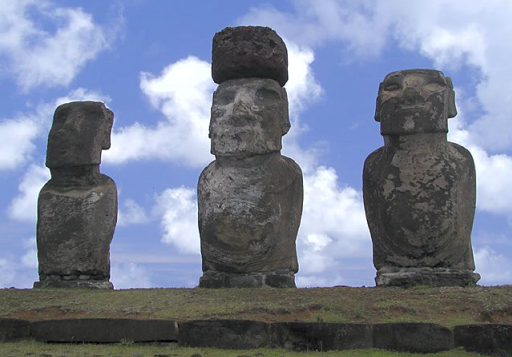 A civilization suddenly appeared in Mesoamerica that archaeologists named the Olmecs. Olmec ruins date as circa 3100 BC. The starting date of the Olmec calendar is 3113 B.C. They were an advanced civilization preceding the Mayas and Aztecs. Olmec stone statue heads appear in various places in Mexico. 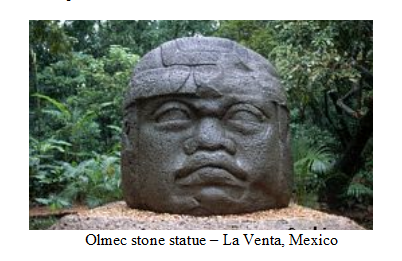 The 24 ton stones were brought from mountains 50 miles away. 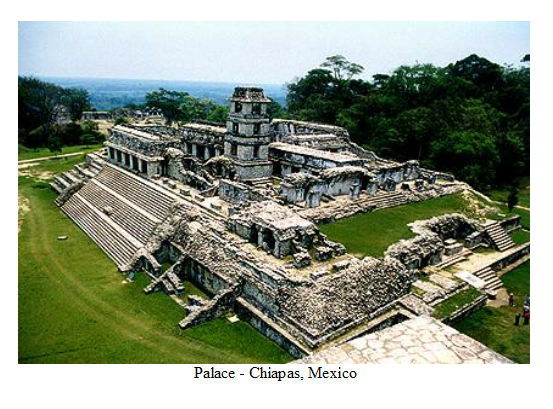 Palenque, Mexico has the Temple of Inscriptions pyramid. It contains a burial tomb covered by a 5 ton stone lid. Inscriptions on the walls convince archaeologists that Pacal is buried here. He reigned in Palenque in 615-683 A.D. 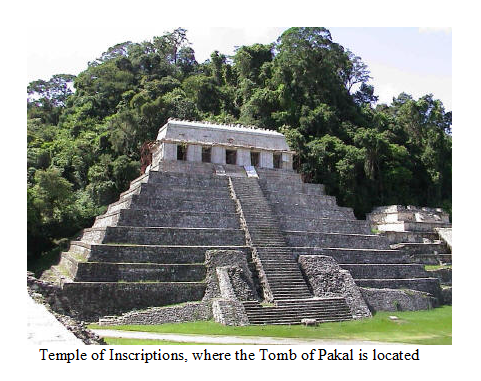 The lid of the burial tomb has a depiction on it – an operator of a flying vehicle.
The depiction is framed by celestial bodies and the zodiac constellations. 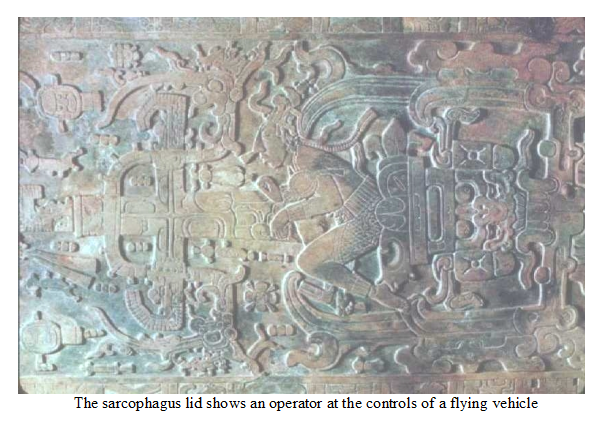 Egyptian statues that weigh 1,000 tons each. Each carved from a single piece of stone that was brought from Mokattam Mountain, 1500 BC. Called the Colossi of Memnon. 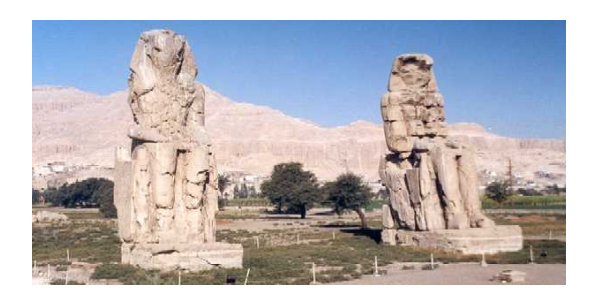 There are many ancient stonewalls at Cuzco, Peru. The joints are so perfect that you cannot fit a piece of paper between the stones.

The Nesilim had an Empire in Asia Minor (Turkey) from about 2000 to 1200BC. They were masters of stone, shaping blocks weighing up to 40 tons. In some walls, the masonry was so fine, that it is still impossible to slip a sheet of paper between two stones.

Zodiac – Calendar of the Ages

.
The Earth takes 365 days to make one orbit around the sun. We call that a year. Thus the calendar uses a celestial event to measure time.

The zodiac is a calendar of the Ages. The zodiac uses a celestial event to measure time.

Then it repeats, with the same 12 constellations appearing there in the next 25,920 years.
.

Precession and the Zodiac

.
When you watch a top spin you see it start to wobble. That wobble is called precession.

The Earth is a sort of spinning top and it wobbles in its spin.

Precession is a change in the orientation of the Earth’s axis. In other words, the tilt of the earth changes. As a result of this motion, the stars as seen from Earth appear to change position slowly.

The Earth goes through one complete precession cycle in a period of 25,920 years.

The zodiac divides precession into 12 parts. But, it is not divided into 12 equal divisions of time, some of the divisions are longer periods of time than others, as you will soon see.

One pass through the twelve divisions of the zodiac = one cycle of precession.
.

.
The celestial sphere is an imaginary sphere around the earth that is used to determine the position of celestial objects as seen from Earth.

Picture the Earth at the center of the celestial sphere. Project some of Earth’s key geographic features outward into space:

The Ecliptic – The Apparent Path of the Sun

.
The apparent path of the Sun when viewed from the Earth is called the ecliptic.

If you were to watch the ecliptic all year long, you would see the ecliptic change position in the sky from north to south and then back north again over the period of a full year.

These 4 points mark the beginning of the 4 seasons – summer, autumn, winter, spring.

The Spring Equinox is also called the Vernal Equinox.

The vernal equinox of the northern hemisphere is used to determine the zodiac Age.

Zodiac definition – The 12 constellations against which the sun appears to move during one cycle of precession.
.

Constellations and the Zodiac

.
The word Constellation means a “Story In The Sky”. There are 88 constellations.

The constellation Scorpio is said to be the scorpion sent by a God to kill the hunter Orion. 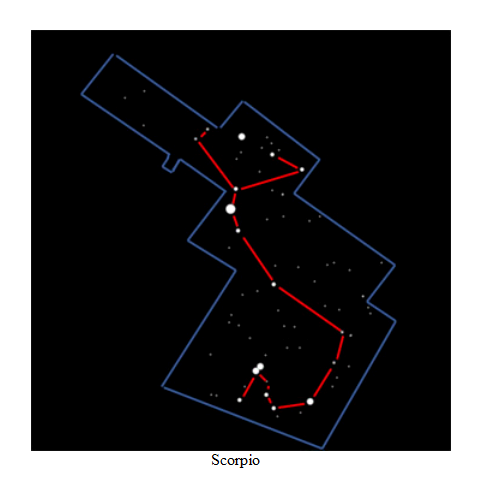 A zodiac Age is the period of time during which the Spring Equinox can be seen against the stars of a particular constellation. We are currently in the Age of Pisces but we will soon be entering the Age of Aquarius.

How would humans in ancient times know about the zodiac, if they were supposedly so uneducated and primitive? They certainly didn’t sit around for 25,000 years watching the sky… it’s really advanced mathematics.

Hundreds of thousands of ancient clay tablets have been found in Mesopotamia and Asia Minor.
The University of Pennsylvania museum has most of them and they have translated some of them.

This Mesopotamian tablet proves that trigonometry was known by people in 1800 B.C.   1
It is superior mathematics to the trigonometry in use in modern times.
Who taught people these advanced mathematics in ancient times?

Some of the Mesopotamian tablets discuss astronomy. Every cuneiform text that has any astronomical comment has been translated and discussed in available academic literature. The tablets are often quite detailed, even discussing mathematical calculations of the appearance of planetary bodies in the sky, on the horizon, and in relation to other stars.   2

The tablets show they had knowledge of at least five planets in our solar system – Mercury, Venus, Mars, Jupiter, and Saturn. You can’t see there are planets in the night sky with your eyes, that requires a telescope which humans did not have until 1600 A.D. So, who told the people in ancient Mesopotamia that there are other planets orbiting our sun?

The Mesopotamian tablets also show knowledge of the zodiac.
Here is one example of their zodiac artwork –

The Romans built a chapel in the temple at Dendera around 50 BC. There is a zodiac on the ceiling.
This tells us that precession and the zodiac was known by humans in 50 BC.

Another case of humans knowing about the zodiac involves the Hindu god called Mitra. Mitra was one of the Hindu solar gods, the Persians called him Mithra. He was popular with the Romans. The Romans used caves for their Mithra meetings, called mithraeum. 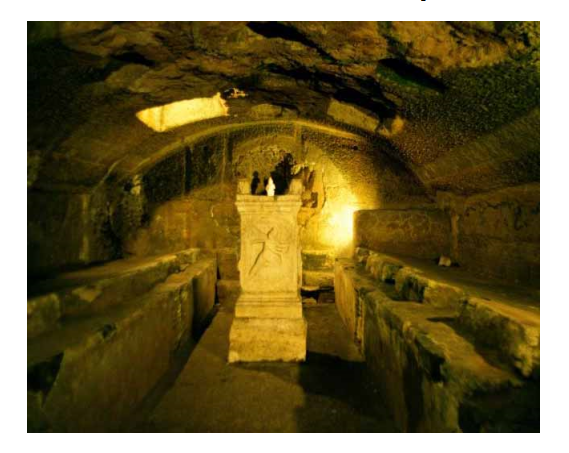 A bronze image of Mithra emerging from a zodiac ring was in a mithraeum in England. 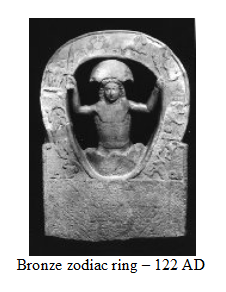 There are several celestial observatories constructed in ancient times, for observing the equinoxes and solstices.

The remains at Machu Picchu, Peru date about 4000 B.C.

Machu Picchu is where one of the ancient celestial observatories is located.

The Temple of the Three Windows made possible observation of sunrise on equinox day. A stone column is on the platform. It is an instrument for observing the equinoxes and solstices in the southern hemisphere. Its name is Inti-huatana.

Sacsahuaman overlooks Cuzco, Peru. Sacsahuaman also has a solar observatory. Four openings in the walls point to sunrise and sunset on the winter and summer solstice days in the southern hemisphere.

A stone celestial observatory exists in England, it is called Stonehenge.

Stonehenge is a circle of giant stones, built about 2900 BC. The giant stones are very heavy – the Heel Stone alone weighs 35 tons.

The Heel Stone, or “Sun Stone”, points toward the point in the sky where the sun rises at the summer solstice on June 22nd.

Standing inside the circle, you can see the sun rise above the stone at summer solstice.

In recent excavations of Harappa and Mohenjo-Daro, archeologists discovered skeletons in the cities. People were lying, unburied, in the streets. The streets had clay pots that had melted under intense heat.

One city in northern India near the Rajmahal mountains seems to have been subjected to intense heat. Huge masses of walls and foundations of the ancient city are fused together.
.

.
There are several allegedly non-human skull fossils on display at the museum in Cuzco, Peru.

Amenemhet I was an Egyptian Pharoah from 1991 BC to 1962 BC. He built temples in Thebes.

Polaris is currently the north star. Back at that time,Thuban was the North Star. The earth wobble causes the shift.

Thuban is also known as Alpha Draconis, it is located in the tail of the dragon in the Draco constellation.

Temples Amenemhet I built were oriented towards the star Alpha Draconis. One of the temples in Thebes was referred to as the ‘city of the Dragon’.

These are figurines found in Mesopotamia, dated at about 4,500 BC.

There is more to the history of this planet than just some cavemen running around here who evolved.

Obviously, certain knowledgeable persons have been operating around this planet – all this time.

The people of India have a legend that we are about to enter the Krita, or Age of Truth.

Who says it has not arrived already? 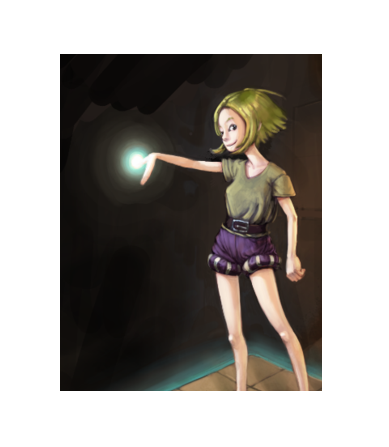 The paper shows the Mesopotamian tablets discussing planets in our solar system.
Venus, Mercury and Jupiter are mentioned in the tablets being discussed.

This site uses Akismet to reduce spam. Learn how your comment data is processed.